I start and grow companies and initiatives, and help both entrepreneurs and investors grow and improve their businesses. My first software startup was funded by the original Draper Fisher Jurvetsen (DFJ) and acquired by Cobalt (subsequently bought by Sun soon after).

That was a wild ride, and much different from my first company, a local computer manufacturer and network services; we'd accept almost any job, from image processing software development to hand-built computers.

Chili!Soft grew out of the first company. Our first product was the first to add Internet function to Microsoft Excel--before Microsoft ultimately did it. The second product was an application server called ChiliSoft ASP, which ran active server pages before Microsoft developed ASP--just with a home-grown scripting language. Eventually it became Sun One ASP, and then Oracle. It was put to rest in 2006--not a bad run.

After ChiliSoft I started Mission Research, which made GiftWorks fundraising software, designed to be simple to use at a low cost so nonprofits could focus more of their funds on their core missions and less on technology. My co-founders were the first two employees of ChiliSoft.

After we developed the right product-market fit, we shot from 250 customers to about 2000 in only 18 months. We built it to over 12,000 nonprofit customers continues to be one of the leading fundraising software companies in the country. In August 2013 it was acquired by Frontstream.

Most recently I started and led The Lancaster Food Company, a social impact company that made organic bread to hire people out of poverty. That was an incredibly rich but tough experience, and after four and a half years of growth in highly competitive markets we closed the business.

Currently I'm helping companies develop new paths to revenue, advising startup investors on improving the performance of existing investments and vetting new ones, advising startups on getting to profitability, and kicking around some new ideas around Internet of Things, platforms, and payment systems.

I'm deeply interested in ideas that solve big systemic problems, and developing profitable ways to improve the lives of those living near and below the poverty line. And frankly I'm interested in just about anything that improves the world through tech. 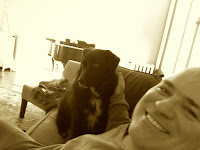