July 02, 2012
I've just wrapped up helping HonestlyNow with its platform and model, and it's on a good path. Tereza's a passionate entrepreneur and will do well; I fully expect to see news of either a growth round of capital or an exit in the next six months (sorry if that's TMI, Tereza, but to me both possibilities look great).

At some point I'll post more about my experiences there, but what I'll say now is I really enjoyed working Tereza and her team, and didn't expect a 6-week engagement to stretch to five months.

Which leads me to July.

July's wide open, so I'm scheduling it for, well, me time. And I really mean scheduling it, because if I don't, it will be over and I'll be on to the next thing wondering what I did with the time.


I'm not going to look terribly hard for the next gig--I'd rather create it myself. But if you know of any funded startups that need adult supervision, leadership, a turnaround, or all three, send them my way. Especially if they're close to a low-wave surfing beach.

Alright Bear, time for that walk :) 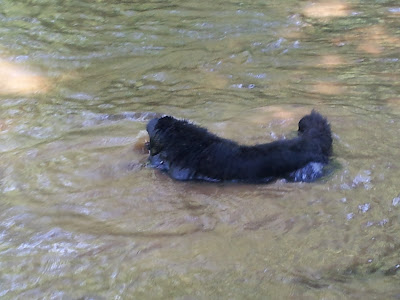