A Year of Learning and Gratitude

January 01, 2013
Last year I made predictions for 2012; it was the first time I've done that. I'm not going to do that this year, partly because it was a long, rambling post, partly because 2012 was a humbling, somewhat painful, and somewhat redemptive year.

LEARNINGS
It has been a year of learning as well. I've learned how to be more consistently positive. I've learned that a practice of daily gratitude focuses me on what matters and how fortunate I am.

I've learned there's a massive difference between advising and leading; it's kind of like the line about the role of the chicken and the pig in your breakfast; the chicken is involved, the pig is committed.

I've learned the power of organizing around a simple idea, regardless of how difficult, complex, and multifaceted the transformation from idea to reality through action can be.
I've relearned my impatience with entrenched systems, attitudes, cultures, and institutions.

I've learned how to be healthy, and how easy it is to stray if it's not a daily practice.

I've relearned that no matter how much I believe in other people, and how much I root for them, support, advise, and cajole them, that only they can make their paths better.

I've learned to let go of some of the past baggage I've carried for a long time, and likely picked up some along the way.

POLITICS
Politically, well, I'm tired of politics. I've become more cynical about our ability to simply get along, to have learned debate about big ideas, to pragmatically address problems with solutions that involve a common cause, a commitment by everyone, a call to action to join together in common sacrifice for the greater good.

I've not heard from a single politician issue a single, believable, specific call to action. The fiscal cliff nonsense was an artifice like the debt ceiling; an invention that accomplished little and alienated people.

I've appreciated true friendship from both new and old friends, and know the difference between that and professional friendships, which are often masked as friendships. They're both valuable, and it's good to recognize the difference. My optimism clouds my judgment sometimes.


I'm thankful for my family and close friends, who have been tremendously supportive through one of the most difficult but transformational years of my life. I'm a better person for it.

I've learned how inspiring other entrepreneurs can be, especially local ones. Some of them are in Startup Lancaster, but a lot are just entrepreneurs putting themselves out there, focused on building their businesses, and carrying the responsibilities and obligations (especially to employees) very carefully and thoughtfully.


I'm grateful for the friends I've made through Startup Lancaster and admire many of the tenacious founders that are part of it--it's a long list so I won't mention all, but Steve Palmer from Locally.fm, Mike McHenry of theUsic.com, Joe Mugavero of Current Estimating Software,  Leslyn Kantner of uEncounter.me, Fran and Ryan from DeliveryCrowd, James Colino, etc, etc, etc. What a great group of underfunded, ambitious, smart people doing a lot with just a little.

And I'm grateful for the AVC community, especially Tereza, Arnold, Kevin, Shana, William, Jim, John, and of course Fred. It's been a great year of primary content--both the blog posts and many comments are primary content, which is why I like Gawk.it site search that Kevin is working on, and Engag.io, which William is working on.

I was disappointed to not be able to help HonestlyNow make it over the hump as we transformed it from a consumer site to a platform, but we tried, Tereza. Just not enough runway and support from obvious places.

I've loved watching the development of Arnold's The LocalSip in particular.

This is the product of love--love of wine, and love of community, and whether it works or not isn't as important (to me) as the example it sets for other entrepreneurs: it's much easier to show up and work hard for something that's a product of your love and commitment for your company, its customers, its idea, its promise.  I see a lot of products that solve a problem but aren't driven by that love and commitment, or the drive and passion that comes with righting a wrong, or creating something of beauty.

This post is longer than I anticipated, so I'll wrap it up.

2013
I'm looking forward to this year. I feel very good, and occasionally great. Sometimes (even recently) I've hit some lows, but I think I've figured out my underlying weaknesses and how to deal with that, and my fundamental strengths, and how to leverage them.

Last year I simplistically thought of it as when someone's learning to ride a bike and they keep looking at the tree so they can avoid it, but of course ride right into it. 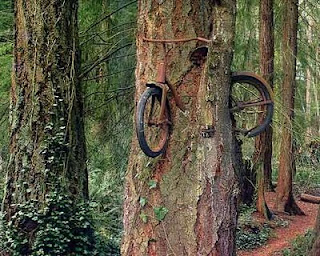 I'm looking at a great year ahead, which is my path to the following two years, and am carefully planning my days, weeks, and months so I can get there with my principles, well-being, relationships, commitments, and goals intact and well served.

Happy New Year, my friends, and thanks for this past one.