You're Not So Special. Are you?

October 22, 2012
In 1997 I started shopping ChiliSoft's idea of ASP anywhere. Dave had developed SlipScript at PSU, and joined us in December 1996.

Microsoft's ASP was uncannily similar--and later than--SlipScript, but the opportunity was clear: you could build VBScript/Javascript server applications on any server with SlipScript if Dave made a few modifications.

But selling against an existing market is hard.

It was a nascent market; Netscape had its very unreliable LiveWire, but Microsoft came out with ASP in Fall of 96, and there were others like NetDynamics, Allaire, etc that were all evolving toward different ends of the market. And we were just three guys with no money (aside from the credit card).

So how were we different? What was the special sauce? Why did we think we could beat Microsoft? Or Netscape? Or any of the server software vendors competing for the same space?

Ultimately I was able to convince enough people that this was the game changer. At the time, there were relatively few Java and C++ developers, which were viewed as high-skilled programmers.

But there were an estimated 5 million Visual Basic developers, none of whom could develop for UNIX, Linux, or variations, and most corporations were running some OS other than NT for their web apps.

So we made it about access to available developers. Sure, you could build a Java server application--if you had Java developers. This was well before there was so much offshoring and hiring of foreign developers (there was some but not at today's scale, which has both helped and hurt the US market).

That selling point landed us Morgan Stanley, a major partnership with IBM, and countless accounts. We made VB developers relevant to Sun, Netscape, HP, IBM, etc. That was the promise, anyway, and we largely delivered.

I'm talking with several local startups about joining them in some capacity. I love coaching, but I'm wired to lead, so I'm talking to VCs and startups around the MidAtlantic area, but there's no place like home.

As I research each of them, I find existing competitors. No, they're not the same. No, they aren't quite as slick, or have the same approach, etc.

But they have customers, mindshare, case studies, infrastructure, etc. And websites. Investors looking into you will find them, and they'll start to think the opportunity isn't so clear, or wide open, or easy, or obvious.

You have to figure out what your key differentiators are. Why would I invest in AirBnb.com when there's Expedia and Hotels.com? Really--will people rent out a room in their homes to me for a night? That's nuts. Imagine what I could do. Or they could do.

But it works, and they raised a ton of money for it. They were able to show why they were great: they enable people to monetize their excess capacity of their house or apartment. Or boat. 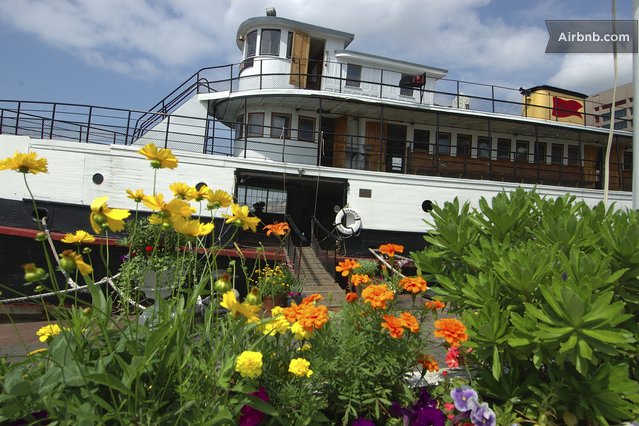 So why are you different? What makes you so special?

I have a tough time with this myself. This is the kind of conversation where self-doubt creeps in, because frankly it's really, really hard to nail it.